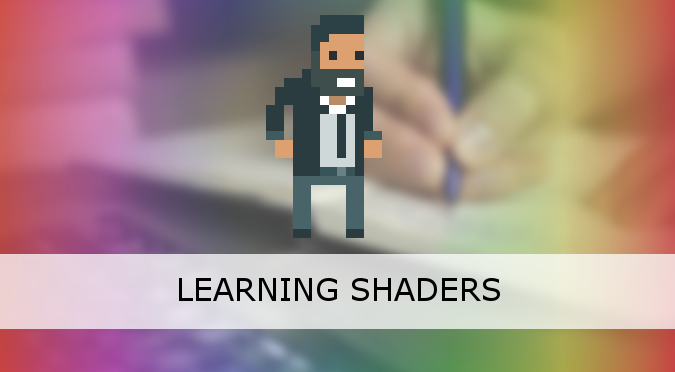 Making games is hard. Engines like Unity and Unreal have massively lowered the barrier to entry into this industry. And now that making games is easier than it has ever been before, developers are facing a new crisis. More and more people are joining this industry every day, making it harder to succeed in such an overcrowded market.

Many games that were popular and successful five years ago, would go mostly unnoticed today. More skills are needed to make a game stand out from its competitors, and this is why I believe that learning shaders is so important.

Shaders are the paintbrushes developers use to render graphics. The look and aesthetic of many iconic games, such as Journey, Antichamber and No Man’s Sky, was made possible only by the clever use of shaders.

Whether you are a new developer wanting to make games, or a veteran of the industry, learning how to write shaders can make the difference. This unusual tutorial pays homage to some of the best online content creators that you should know if you want to start your journey into shader coding.

Linden is currently working as an engineer for Limit Theory, a procedural RTS space game which packs some beautiful shaders.

Recently, Linden started writing shader tutorials on his blog. His writing is perfect for beginners, and he is covering some of the basic techniques that every shader programmer should know.

Many programmers who specialise in writing shaders often fail to present their work in the most effective way. This is definitely not the case of MinionsArt, who knows how to deliver.

She often posts GIF-sized tutorials which beautifully showcase her skills. A basic knowledge of how shaders work is needed to follow her tutorials effectively, but I promise it will be worth it.

Daniel Moran is the lovely gentleman behind Makin’ Stuff Look Good. On top of having one of the catchiest intros you’ll ever see on a YouTube tutorial, he’s also a very skilled developer.

He runs a series called Shaders Case Study, which analyses how to reproduce some of the most stunning visual effects seen in popular games.

For the past three years, I have been working on dozens of shader tutorials. I hope my resources helped to make shaders more accessible for many developers. And this is why I have included myself in this article.

If you know nothing about shaders, A Gentle Introduction to Shaders is a good starting point. However, most of my tutorials are aimed to developers who are quite proficient with shaders coding, but want to push their knowledge and understanding.

Last year, I also co-authored one of the leading books about shaders in Unity. While my tutorials are usually rather advanced, the Unity 5.x Shaders and Effects Cookbook is the perfect resource for a beginner. 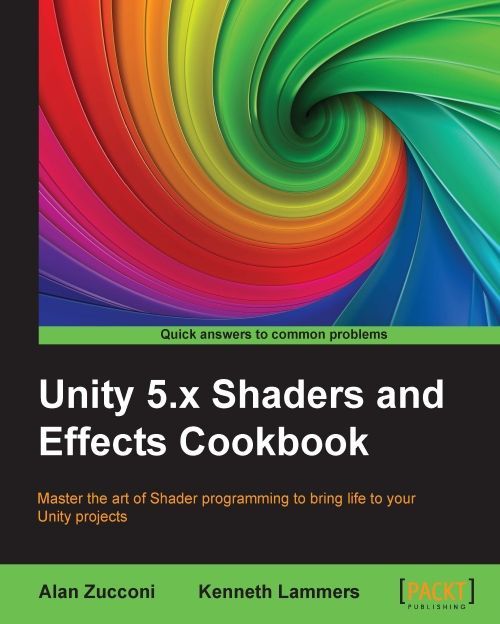 Unity 5.x Shaders and Effects Cookbook is available both in two editions:

You can read a sample of the book here.

If you have worked with shaders at any level that is not purely hobbyistic, you might have heard of Íñigo Quílez (often spelt as Inigo Quilez), or simply iq. Íñigo has made a name for himself thanks to his commitment to the world of 3D graphics. His resources are used and integrated into thousands of projects (including some of mine!).

One of his best series is formulanimations, in which he shows how you can create beautiful works of arts just by using equations. The quality of his work is exceptional, but his videos are not for the faint-hearted. But every now and then he posts something that is more accessible, like his video on how to make heart shapes with Maths.