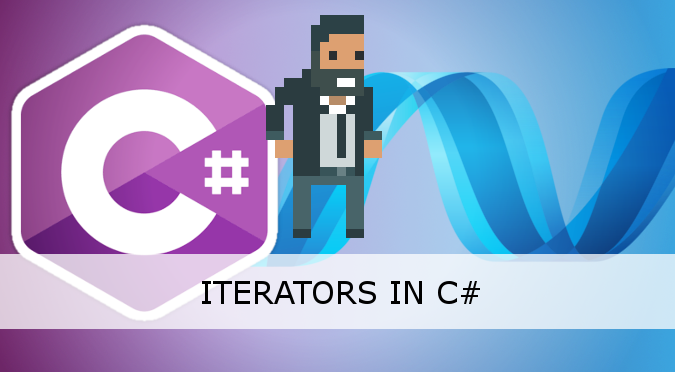 Iterating over lists in C# is often done using for loops. This tutorial shows how the foreach construct can be coupled with the yield statement to create more elegant and safe code.

If you are familiar with C#, chances are you might have used the List class.  Like most of the modern data structures available in .NET, the elements within a List can be iterated in many way. The most common uses a for loop and and index i to access the elements sequentially.


C# introduces a new way to loop over the elements of a list: foreach construct.

This new syntax allows to explicitate the intention of the programmer. The stress now is on the fact that you want to iterate the elements of a list; not about incrementing indices. This is particularly helpful when there are nested loops. Indices like i and j can be easily swapped by mistake, and edge conditions are sometimes hard to get right on the first try.

Classes that can be iterated using foreach make such a behaviour possible by implementing the IEnumerable interface (MSDN). Inside, it contains a method called GetEnumerator that must be used to create and return an iterator. Like the name suggests, iterators are data structures that can be iterated upon. They implement the interface IEnumerator (MSDN), which provides an API to iterate over a sequence of element. IEnumerator contains:

After having understood how an iterator class is implemented, it’s easy to see how those two code snippets are equivalent:

Iterators are awesome. However, they are a pain to code. Recording the position of the current object and moving it at each subsequent call of MoveNext is not the most natural way to iterate over a sequence. This is why C# allows a more compact way to write classes that are compatible with foreach. This is done thanks to a new keyword: yield.

Let’s imagine that we want to create an iterator that produces the elements 0, 1, 2, and 3. We can either create a class that implements the  IEnumerable interface, instancing an IEnumerator that uses MoveNext and Current to produce the desired list.

Or, we can create the following function:


The compiler will take this piece of code and convert it in a proper IEnumerator. With this new syntax, is incredibly easy to loop over the object the sequence:

If we want the instance of the class that contains OurNewEnumerator to be automatically recognised as an iterator in a foreach loop, what we have to do the following:

Now we can use the class itself as the list argument of the foreach loop:

Iterators are very handy. However, they have some pretty strong limitations. The most obvious one is that elements should not be removed in the body of a foreach loop. Most lists detect and prevent this. On top of being an anti pattern (Wikipedia), removing elements, one by one, on a list is generally extremely inefficient. When an element is removed from an array-based list, for example, it causes most elements to be rearranged to fill the gap it left behind. Repeating this multiple times is inefficient.

Removing elements from a list is, generally speaking, a “controversial” topic. A common solution is to iterate elements in reverse with a traditional for loop. Most .NET data structures comes with a function RemoveAll that can be used to safely remove all elements that match a certain condition.

This post introduced the concept of foreach loop, as a safer and more elegant approach to traditional index-based for loops. To sum up: