When an artist reaches the level of mastery necessary to make a game, we can only expect great things to happen. And this is exactly what Relativity is all about. Developed solely by Willy Chyr, this is probably the one and only game which could be labelled as the successor of Antichamber. While the mind bending aspect of Antichamber was in its logic-defying puzzles, Relativity keeps its own mechanic as clean as possible. From the very beginning of the game you know what you can and what you can’t do, and the game never tricks you into believing otherwise. The game is not only amazing for its clever puzzles, but also for the incredible architectural structures that Willy has built. There is no up, down, left or right: the notion of direction itself in Relativity is, indeed, relative… 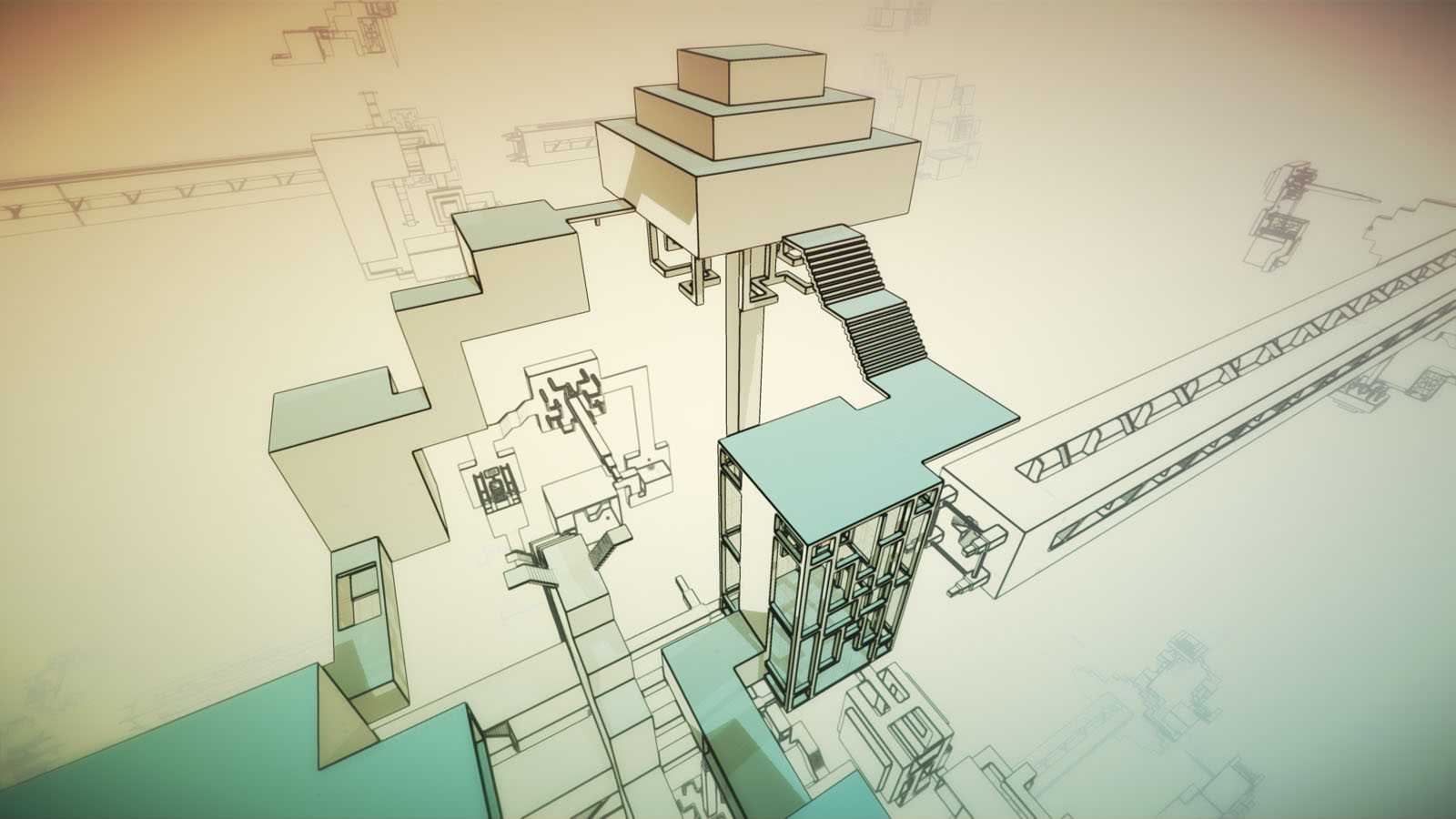 The first time I met Bryan, he was working on a small game called Maxwell. It was a time travel puzzle game mildly inspired by Still Time, which was in the golden age of its popularity. While Still Time was fading under the secrecy of its never-ending development, Bryan kept working on Maxwell. Until one day it has finally became what is known today as Induction. Working myself on a time travel game, I really appreciate the elegant and clean style Bryan has chosen. There is nothing to distract you from what really matters in the game: time. Another aspect of Induction that makes it extremely appealing is that it features proper closed loop time travel. While I’ve compromised on paradoxes to make Still Time more accessible, Bryan has gone the exact opposite way. No exceptions are allowed, making it the purest game about time travel I’ve seen so far.

I cannot end a post about puzzle games without mentioning Infinifactory. After having played it for a couple of hours, it has immediately become one of my favourite games. Mechanically, it is an incredibly clever, solid puzzle game. On top of that, it has one of the best environmental storytelling I’ve seen in a long time. Despite lot of people compared the style of the game to Minecraft, is Zach Barth‘s previous game Infiniminer which actually inspired Minecraft itself. Zach said that Infinifactory is “like Spacechem… in 3D“, and in terms of game mechanics the similarities are very visible. The main difference however is that Infinifactory allows to create complex objects and machines, not just molecules. An entire community is growing around the idea of pushing what Infinifactory factories can actually do. (SPOILER: everything but the Halting problem)