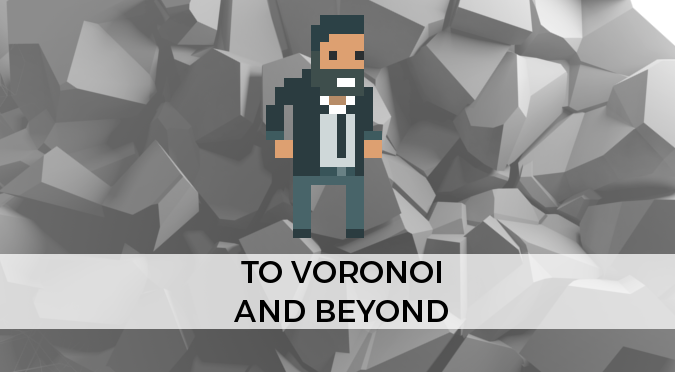 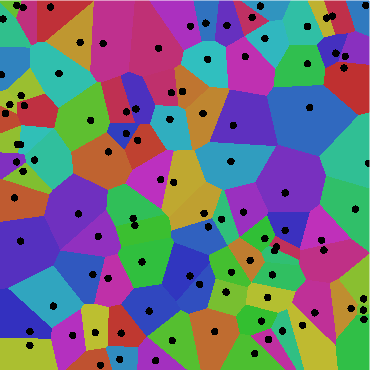 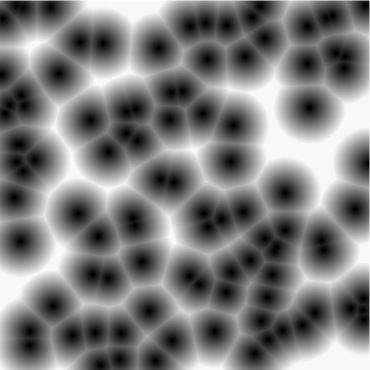 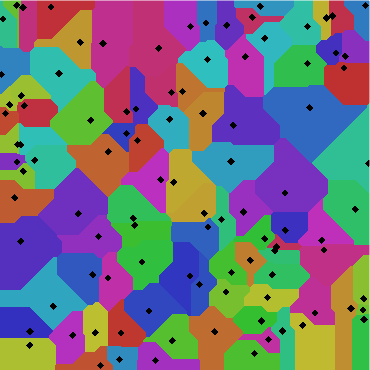 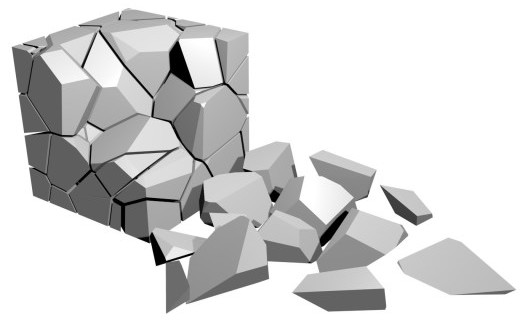 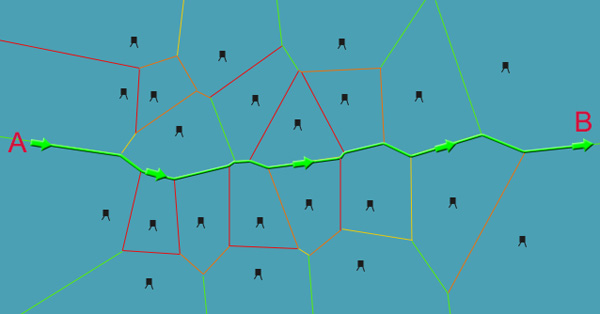 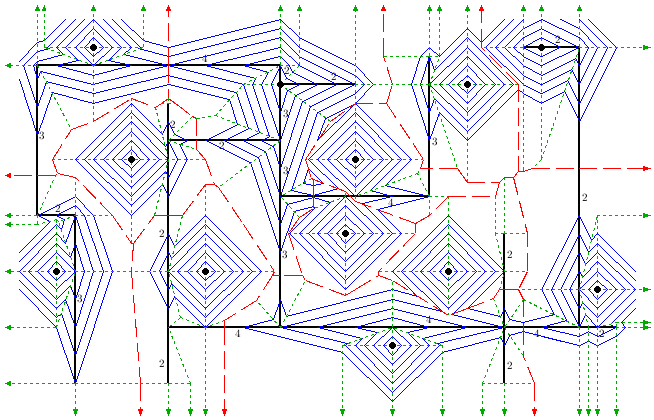 Different types of diagrams are possible simply by replacing the function distance with the appropriate metric. If you want to draw the distance diagram instead, you can sample a ramp texture using minDist. You can also set the texture mode to “Repeat” rather than “Clamp” for some bizarre effects. 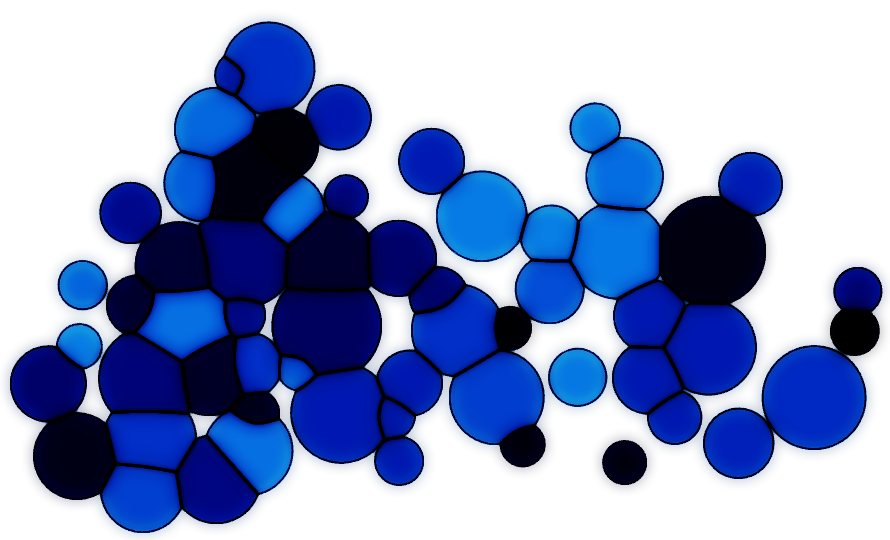