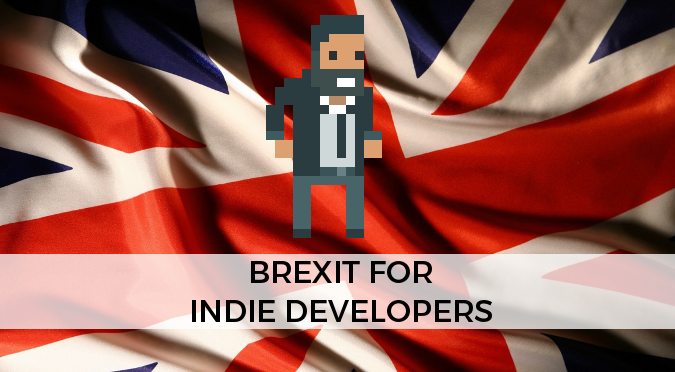 Last Friday morning people in the UK voted to leave the European Union. Regardless of your political views and economic situation, Brexit will have long term consequences; not just for the UK, but for the EU as well. And while the benefits of leaving the EU are still hypothetical (and wildly controversial), it’s easier to foresee the hindrances it will unleash. Brexit will strip European people living in the UK of many privileges they rightfully have. This article addresses the implication on the indie scene in the UK, and the resulting consequences on the entire gaming industry.

From Kotaku to Wired, most blogs and newspapers have already discussed the effects of Brexit on the gaming industry. Even the most conservative views forecast negative consequences, ranging from higher prices to salary and job losses. The reason why I have decided to write yet another article on the topic is simple. Most of the people who have been interviewed are in the highest tier of game development. Whether you label yourself as “indie” or not, if you’re running a successful studios you’re already not representative of the majority of developers out there. It is understandable to wonder about the effect that Brexit will have on the indie scene, at its smallest scale.

Most of the articles I have read about Brexit focus on the future of current developers and existing game companies. If making games is your job now, I don’t think Brexit holds any severe consequence for your immediate future. Talented people (or, as they are referred in legal terms, qualified workers) will most likely experience only minor annoyances. Whether it’s a a new passport, a visa, or a certificate of permanent residency, is highly unlikely that skilled and creative individuals will have to leave the UK. After all, there are many non European skilled workers in the UK (Tier 1 and Tier 2: TMO), and is in the best interested of the country to allow them to stay.

Brexit won’t kill the gaming industry in the UK, but it will starve the indie scene of its future lifeblood.

The people who will suffer the most from Brexit are, as expected, independent developers. The main reason lies in the fact that many indies are carrying out their work in a regime of self-sufficiency. In other words: they’re unemployed and are living off their savings. It is unreasonable to expect independent developers to set up a company from day one. The administrations costs are high, and a relevant percentage of developers simply give up after a while and go back to a more traditional job. Going indie is, for many, a period of experimentation which does not necessarily turn into a real profession.

If you’re an European independent developer, look back at your career here in the UK and thinks about all the things you couldn’t have achieved under Brexit.

Being indie is already challenging, and Brexit is not going to make it any easier. If you are in the UK thanks to a working VISA, you won’t be allowed to stay in the country without a job. And as we’ve discussed already, most indies careers start after quitting a 9-to-5 position. Leaving the EU will discourage those incredibly talented people to explore their creativity independently, de-facto preventing them from going indie. Brexit won’t kill the gaming industry in the UK, but it will starve the indie scene of its future lifeblood.

It’s unlikely to think that parties who don’t see diversity as a value and inclusion as an opportunity, will understand the importance of such a novel industry.

If you’re an European independent developer, look back at your career here in the UK and think about all the things you couldn’t have achieved under Brexit. It’s unrealistic to say that people with potential will eventually blossom into success. The opportunities that a place like London had to offer are not a match for other cities in Europe. When I started working on my own games, the indie scene in Italy was simply non existent. Many developers, including myself, saw in the UK the potential of the US, with the welfare of the EU. Brexit will inevitably give power to the more conservative side of the political landscape in the UK. It’s unlikely to think that parties who don’t see diversity as a value and inclusion as an opportunity, will understand the importance of such a novel industry. The Doomsday Clock of Indiepocalypse is set to one minute to midnight.