Since its first version, 0RBITALIS has come a long way. A way that is heading towards Steam. After Rezzed, the game will be available on Early Access and I do hope that even the players who tried the original version will like the new one.

There are lot (I mean… LOT!) of changes. And surely the first one is the graphics. I wanted 0RBITALIS to keep its minimalistic aesthetics, but I never liked the fact that it was so …pixellated! The Steam version has been completely redesigned so that you’ll never see a sharp edge. Well, almost. 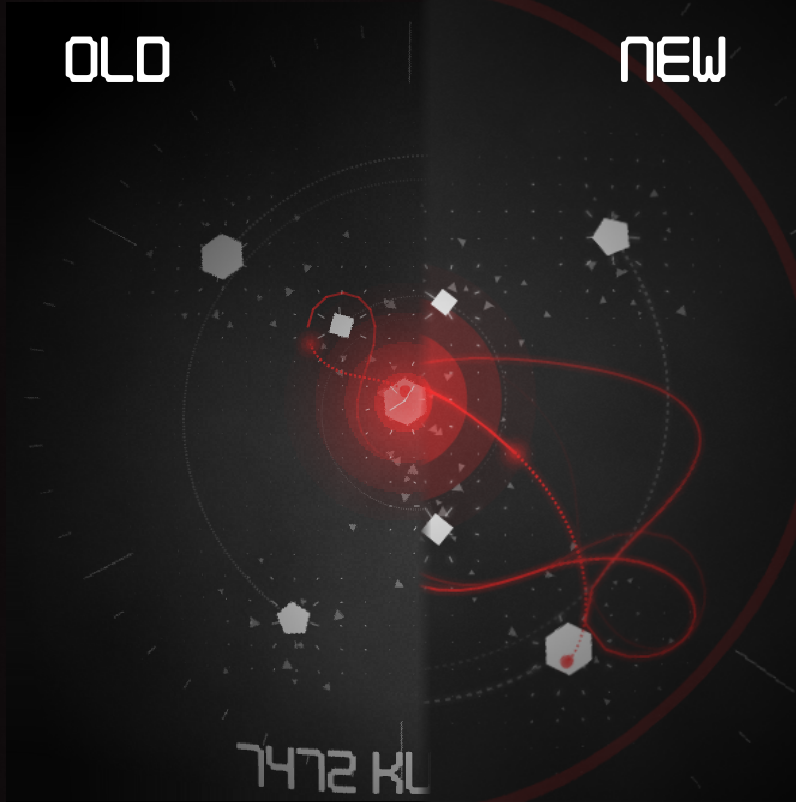 With very few exceptions, all the original 16 levels will made their way to Steam. Together with other 50. There are several new mechanics (which I’ll explain in the following devlogs), but what I am most interested in the Early Access is understanding which levels people are enjoying the most and replicating that experience. I’m aiming to reach at least 100-150 levels and I’m sure that even if the game is natively rendered at 800×800 pixels, there’s still a lot to show that will surprise you. 🙂